Presenting Which Way North?, which will shortly be winging its way north to its new owner. 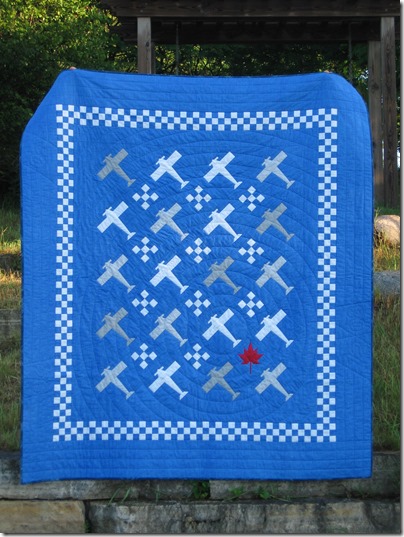 I can’t tell you yet how I came up with that name, but I can say that it has nothing at all to do with that little maple leaf and Canada being in the northern half of the continent.  It does have to do with an oops in my quilting design, and that’s all I will say until the recipient has a stab at figuring it out!

For now, just a few more pictures, since my hubby was kind enough to hold it up for me at the park at 7am this morning. 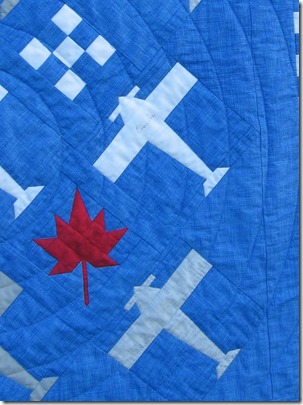 My husband had a lot of say in the design of this quilt.  I made a Pinterest board of airplane quilts and asked him what he liked. Well, he liked the propeller on one plane, but not the rest of the block.  Another had a nice fuselage, but otherwise looked more like a robot than a plane.  That other one had a nice tail, but was otherwise too squat.  And so on.  In the end I tried to note what he liked about each block and incorporated that into my version of an airplane block. When it came time to quilt the quilt, he had ideas about navigation diagrams.  Hmm.  They were a little trickier.  They would end up looking like a scribble and have very dense quilting in some spots and very very light quilting in others.  So I picked the circle part of those diagrams and ran with that shape, which turned into all those concentric circles in the background. 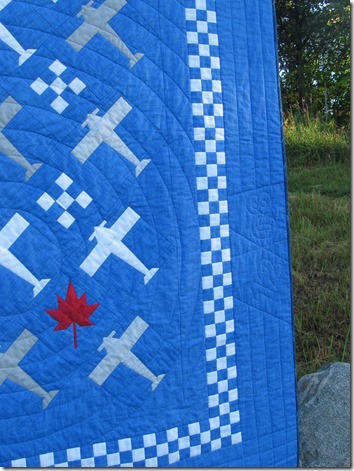 I planned to just quilt straight lines in the border, but before I started hubby asked if I could quilt numbers.  Why?  Runways are numbered, don’t you know. I quilted numbered runways.  You can see the start of a couple of intersecting ones there in the border. 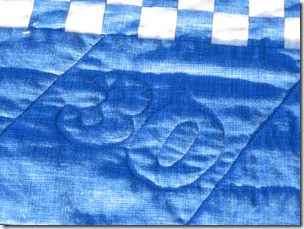 Here’s another one.  I’m quite pleased that I managed to free motion quilt on the traced lines so my numbers look crisp and not wobbly! 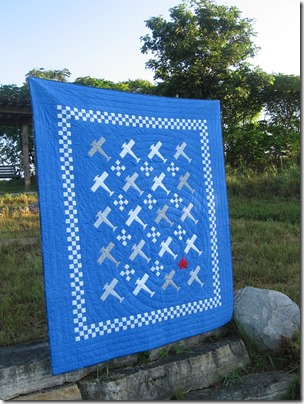 Another picture just because. 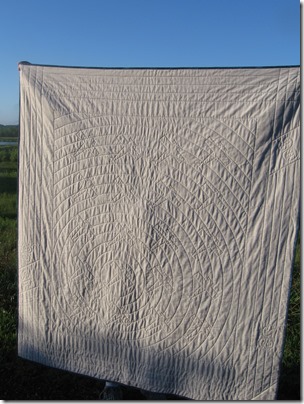 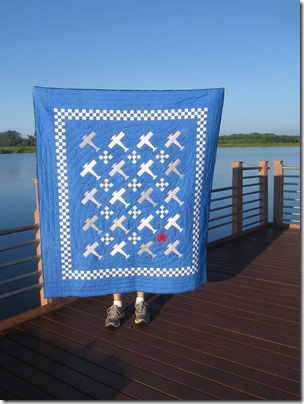 And the requisite “quilt with feet” shot.

Finally, just in case you think I actually went out to the park before breakfast just for a photo shoot, I’ll admit that someone had to drive a teen to early morning cross country running practice there anyway!