So many projects, so little time!

This week, I finally got overwhelmed.  When I have too much on my plate, I spend my time going around in circles trying to do a little of everything and end up not accomplishing much at all.  It's time to take stock, prioritize, whittle down the "to do" list and start being productive again. 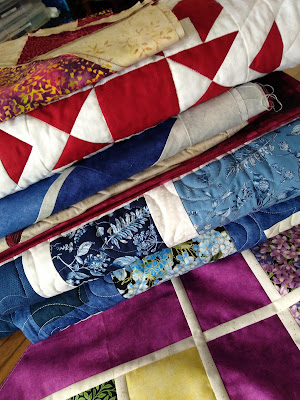 The red and white quilt is Small Change.  It has taken me longer to quilt than I anticipated.  I'll share the details when I give the quilt it's own post, but I'll say that it has been tedious.  I love how it's turning out, but it's still tedious.  Those of you who follow me on Instagram or Facebook know the quilt top and the thread snips had a little disagreement and I'm going to have to decide how to deal with that. 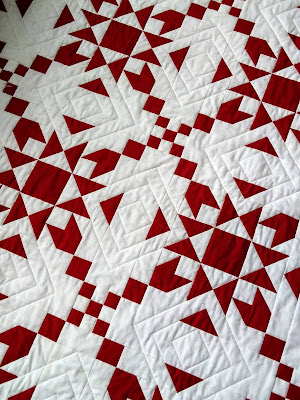 I only have the borders left to quilt (and the snip to repair) then I can bind and photograph it.  Once I have a good photo for the cover I can release the pattern.  It has been tested and tech edited and it's ready.  It's just waiting on the quilting and photography.
This next one is brand new.  The pattern is partly written.  I started writing,  then decided I needed to make the top to work out a few details. The part I had written is now quite covered in notes and scribbles.  Sometimes I can write the whole pattern, then make the top as a test of what I've written, but sometimes, I need to sew through some details before I can write the instructions.  I'm not complaining about being forced to take a break from writing to sew!
Pardon the poor lighting.  It was too windy for outside photos ion the weekend, and now it's raining.  More and better pictures to come!
Next up is a pattern possibility. 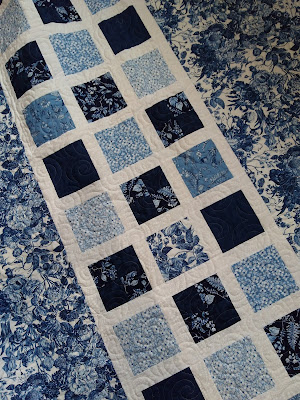 This is actually the back of the blue floral Cascade I made a year ago.  I had grand plans to custom quilt this one myself, but earlier this month I finally acknowledged that I just did not have the time to do it, so I sent it out to Liz Meimann to quilt on her longarm.  I needed a back, and had a lot of leftovers from the front so I decided to be frugal and piece the back.  Of course, that took time I probably could have used more productively on other pressing tasks but it was still less time than quilting the quilt myself, and I think I might have a pattern here.  It's very simple but look at how it showcases a gorgeous print on ether side...  This quilt just needs a binding.  The pattern...well, I'm still pondering.  Maybe I will, maybe I won't.
The other quilted quilt waiting for binding was also in the batch I sent to Liz to quilt.  It's also a quilt waiting for binding and a cover photo.  The pattern is otherwise ready.
Focus Squared was designed to showcase a medium to large scale print.  This version is a rather elegant floral, but it would work with any theme. I mocked it up in EQ8 using Timber Gnomies from Henry Glass and it was super fun.  I almost headed out to the quilt shop for some Timber Gnomies of my own, but my list of things in progress was already rather daunting. Maybe once I whittle down the list I'll treat myself.  I'm sure I could use a new Christmas quilt.
Positivity Squared also went to the longarmer.  It's due home today, so it's in the stack waiting for binding a a cover photo.  Again , the pattern is tested, tech edited, and just waiting on a cover. 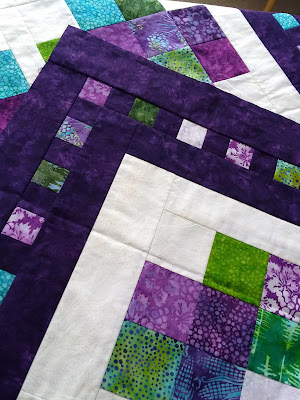 Next up is Breadcrumbs, and it's actually the closest to pattern release.  The placemats and runner are quilted and bound and just waiting for a sunny days for a photo shoot.  The pattern is ready and waiting on a cover.
Banyan Batiks sent me advance yardage of their Bear Paw Plaid line for the pattern cover. Watch for the fabric in stores next October.
The pattern also has a second version, with an accent fabric, which I tested with unidentified fabrics from my stash.  That version is waiting for quilting and binding, and I'm afraid it's at the bottom of the priority list. I want to finish it for my spring table, but some of the other things are really more pressing.  We'll see how things go in the next few weeks.
Finally, the latest project is Modern Lace. This is all I have done so far and doesn't give you a good look at the overall design, but I'm so in love with this one right now that I think it's getting a spot at the top of the list.  There will be a pattern to test soon!
To recap,
Modern Lace - finish test, write pattern, quilt, cover photo
Glacial - finish pattern, quilt, photograph, cover photo
Small Change - finish quilting, cover photo
Focus Squared - bind, cover photo
Positivity Squared - bind, cover photo
Breadcrumbs - cover photo
Any guesses about what will be finished first?
at March 23, 2021 12 comments: 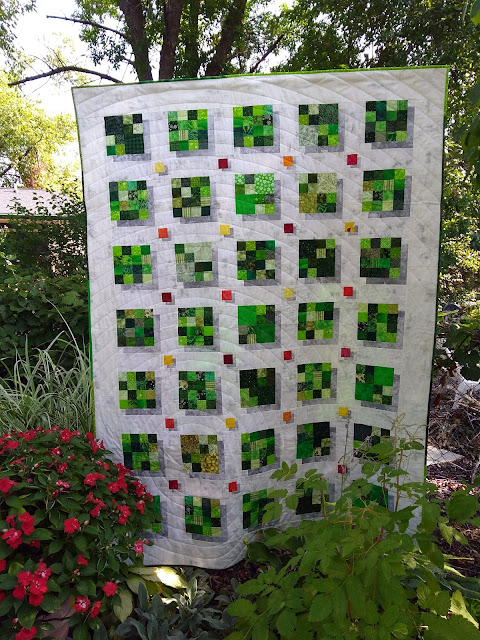 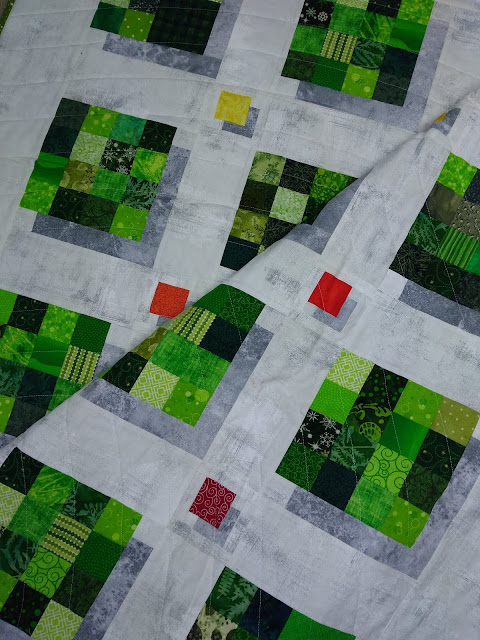 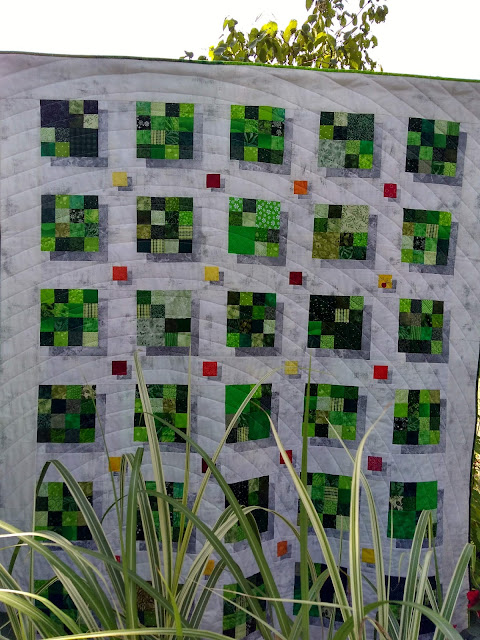 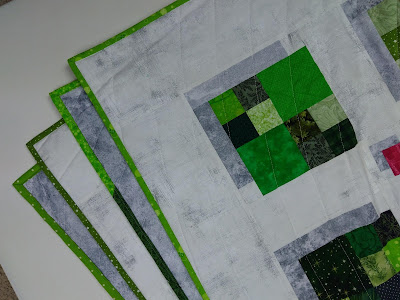 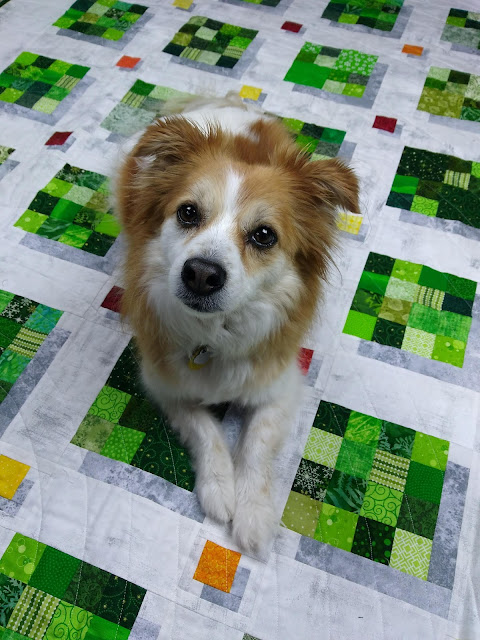