Finishing up the swan pillows seems to have started my creative juices flowing again.  Since I last posted, I have split my time between weeding the flower beds (I may have too many, but that's another post), fighting a summer cold, and sewing obsessively to finally bring the snowflake quilt into existence.  I think I am going to name it Simply Snow. 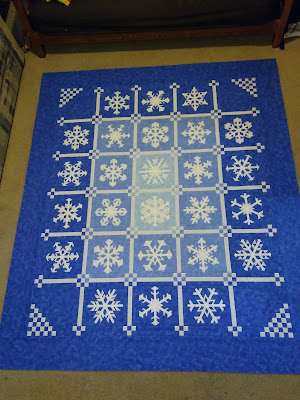 
I will bind the quilt this week and send it off to the Iowa State Fair.  Then I'll sit down and attempt to finalize the pattern.  Look for it sometime this fall.
at July 20, 2019 24 comments: