Now for the next one

Kyoto Gardens has borders! I’m glad the first two corners went on smoothly or I might have relegated the quilt to the UFO bin again.  However, as I got those on without too much fuss I had more patience for the last two corners that required a bit of ripping and fussing, but eventually went on if not perfectly then “good enough”.  No Quilt Police in this house!

I has planned to machine quilt it right away. I have the backing and the batting and the thread and even thought ahead to what quilting designs I’ll try.  However, dealing with the weight of just the top or just the backing caused the tendonitis to twinge so I thought wrestling the whole thing while I quilt it might not be a good idea just yet.  It’s back in a box, but at the head of the queue to be quilted when I can get back to that. 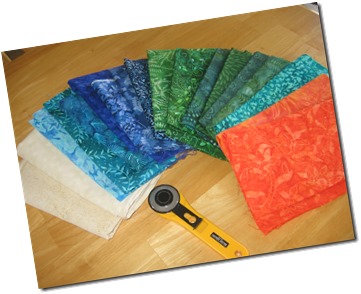 So, now I can dive into the next project.  This is a brand new one.  I have been letting the design stew for a while, tweaking it now and then until it finally felt right.

I bought most of these blues and greens on sale last spring, planning to use them together, but with no particular project in mind.  Last week I bought the oranges and neutrals to add to the pile and yesterday I spent a rather long time deciding which fabrics to save for something else.  This new design doesn’t need that many.

The next couple of hours slipped away as I tried to choose which method to use to make over 250 triangle squares so I would know how to cut my fabric.  I still haven’t decided.  I tried all the methods I have used in the past (stitching on both sides of the diagonal, using the Easy Angle ruler, using the Angler) and fussed with my seam allowance, and I still am not getting consistent squares.  The whole quilt, except for the borders, consists of 3” triangle squares so I need to get these right!  I have one more method to try, and if I don’t like that either I will resort to making them larger than needed and trimming them to size.  That would bug me though…I feel I should be able to be accurate by now!

Will they, won’t they?

I have assembled and cut to size the inner borders for Kyoto Garden.  I spent an afternoon measuring the quilt, and the pieced outer borders, and checking the math. Theoretically the inner borders should fit just so, allowing the outer pieced squares on point to line up just so. 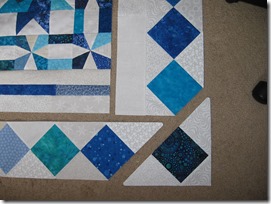 Unfortunately the last minute measurements I made today don’t match the ones I made two days ago.  I’m not sure which ones are actually right.  Did I stretch things then or not smooth things out well today?  Grump.

If my seam allowances were all absolutely perfect then this wouldn’t be an issue, but unlike some people who claim they can always cut the borders to the pattern’s mathematically correct dimensions because they always sew perfect seams, I know I have variations.  Just a thread or two multiplied across several seams can add up!  I try, but there’s usually some variation in those seams!

So will my borders fit or won’t they?  Can you tell I’m procrastinating finding out? 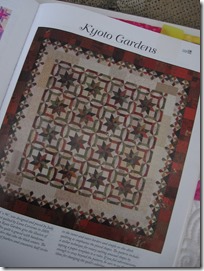 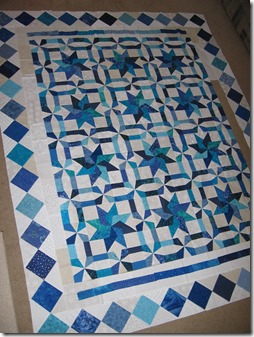 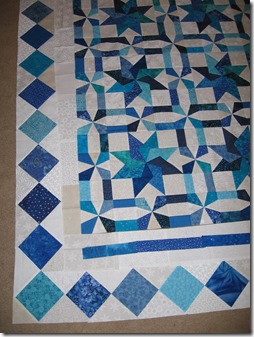 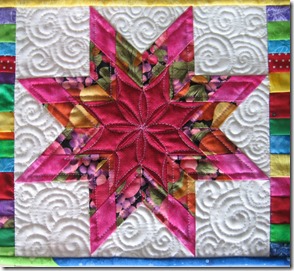 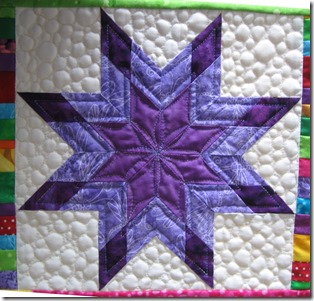 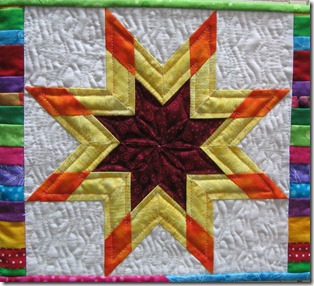 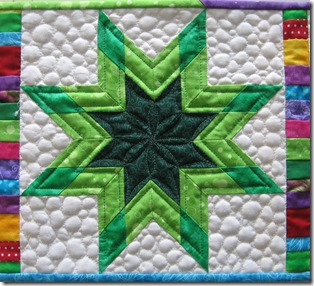 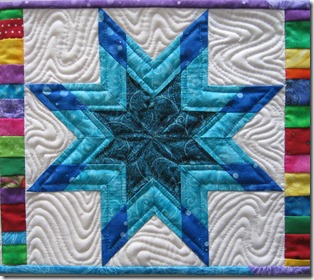