This months color for the Rainbow Scrap Challenge is teal/aquamarine, what Angela called "anything between blue and green".  Here's my butterfly for the month, plus the four bonus HST leftover from construction.  By the end of the year I think I'll have enough of these bonus units to make a scrappy pillow to go with my scrappy quilt! 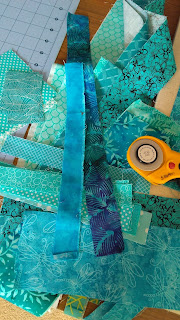 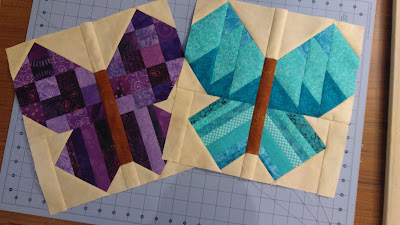 
Linking up with Scraphappy Saturday at SoScrappy
at February 04, 2017