Amy is hosting the third Blogger's Quilt Festival. Instead of just looking this time around I've decided to join in. Some of you have already seen my entry. I asked my kids which quilt I should blog about and they both picked this one. You just can't argue when two kids agree on something right away :) 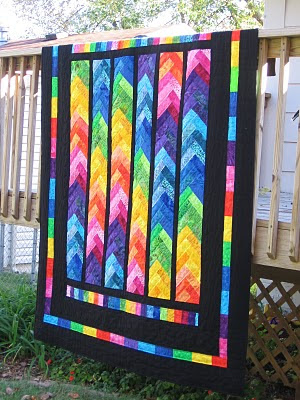 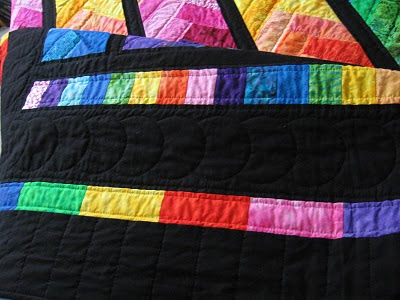 Third - Traditions are easy to start. Back when I made my son's first quilt I messed up the first block and didn't have enough fabric to redo it, so I made one plainer block and embellished it by quilting his name onto it. Then it was expected that I would quilt my daughter's name into her quilt somewhere. When I started quilting this one my son's first question was "Where are you going to quilt my name on this one?" It's in there. This picture doesn't show it, but each letter of his name is in one of the coloured squares in the small innermost border. I'm now quilting a new quilt for my daughter and guess what she wanted to know?
I'm looking forward to seeing everyone's quilts. I'm off to browse the festival now!
at May 22, 2010