I love it when that happens!

When I finally settled on trying to create a pattern with circles I dug through my envelope of cutout circles to see if any of them fit or if I would have to draft a new one.  There it was: a corrugated cardboard circle I saved from the packaging my pots and pans came in.  Here’s the part I love about it.  Just as though I had planned it that way, the diameter was exactly right to run this border all around the quilt without stretching or squashing any of the circles to make the repeats fit. It just fit exactly as it was! I’m glad I settled on that 1/2” inner border instead of the 1” one I had considered! 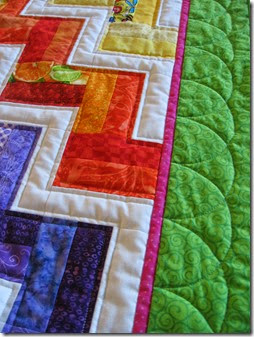 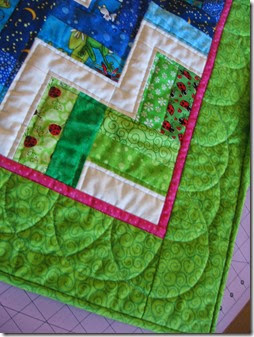 The pattern even wrapped around the corners with no fudging at all.  Happy dance!

In other creative directions, there have been birthdays in this house in the last two weeks which of course required birthday cakes. 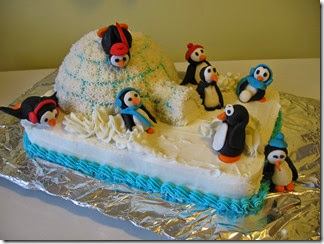 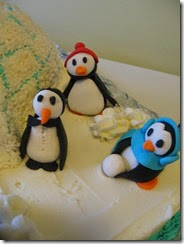 Every year I wonder when the kids will be old enough that I can get away with not decorating the cakes, but I’m coming around to the idea that that isn’t going to happen!  At least now they assist with decorating each other’s cakes.  While my daughter was away at a sleepover my son, husband and I had a fondant sculpting party to make those penguins as a surprise for her. The Craftsy fondant animals cake topper class we watched made it seem very simple.  We managed, but it took us way longer than it took the instructor! 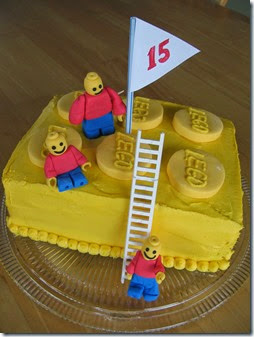 The LEGO minifigs (from a Craftsy blog tutorial) were a bit more challenging.  That’s why there are fewer of them than there were penguins!  I also tried to make the ladder out of fondant, but in the end a surreptitious raid of my son’s LEGO bins was more effective.

Back to the quilting now.  Today I may cut out the setting pieces for the non-string remake of Sparkling Strings. We’ll see how the day goes.