While I was sewing up the sample for my next pattern, I realized I have used on point settings in a few patterns.  It occurred to me that some may find "on point" intimidating.  If you are one of those quilters, let me ease your fears.

Sewing  rows of blocks on point is just like sewing horizontal rows of blocks, with the addition of a triangle at each end of the row.  You don't have to sew at an angle. You're sewing straight lines. 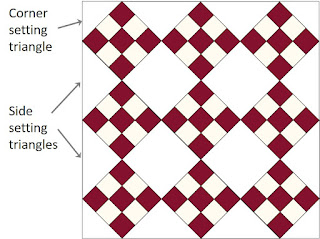 There is no way around having at least one stretchy bias edge on a cut triangle, but you definitely can avoid ending up with those stretchy edges on the sides of your quilt, where they might cause distortion. To avoid having bias edges on all sides of your quilt, you want any triangles sides that end up on the outside edge of the quilt to be on the straight of grain.

Quarter-square triangles are cut triangles obtained by cutting a square diagonally twice into four triangles.  Assuming that you cut your square on a straight grain, the straight grain will end up on the longest side of the triangle, which is where you need it to be for a side setting triangle.


Half-square triangles are cut triangles obtained by cutting a square  diagonally once into two triangles.  The bias ends up on the long side, leaving both short sides on the straight of grain so you have two stable sides for your quilt corners

What size to cut squares to make triangles

If you're using a pattern, the math should be done for you.  Just check to make sure the pattern uses quarter-square and half-square triangles in the right places.  If not, or if you are working without a pattern and making things up as you go along, I prepared a reference sheet for you. It has a chart of common sizes, and formulas you can use for less common block sizes.  Feel free to download and print it to have it handy when you need it.

Of course, though they won't be on the edges of your quilt, the bias edges haven't gone away and you'll need to deal with them when you sew the triangles to the ends of the rows of blocks.  Don't panic and keep these tips in mind:

How to line up the triangles

You might also wonder about how to line up the triangles to fit with the blocks/rows.  I have actual photographs for this part!

Remember to use a quarter-square triangle. As you can see below, the long side of the corner triangle is longer than the side of the block or row to which it needs to be sewn. 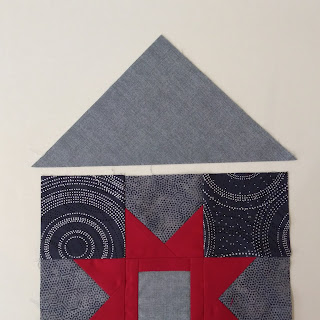 This is normal. Once all the relevant seam allowances are taken into account, everything will fit together properly. To help everything fall into place, mark the center of the long side of the triangle, and the center of the side of the block you will be sewing it to.  The easiest way to do this is to fold the pieces in half and finger press the fold. 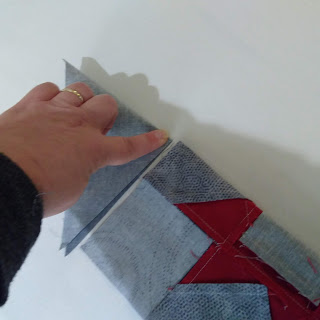 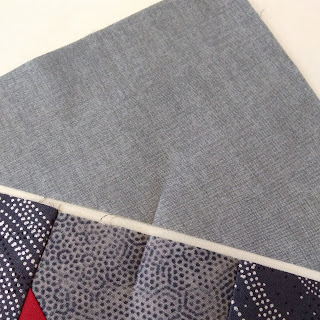 Lay the triangle on top of the block, right side down, matching the fold marks, and pin.  Pinning will help reduce the risk of stretching the bias edge on the triangle. 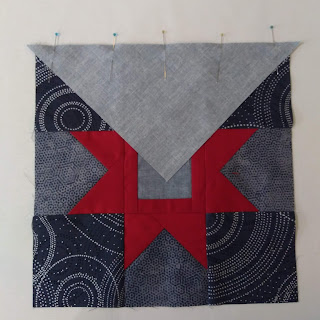 Sew the seam with a 1/4" seam allowance.  Flip the triangle back and press.  I like to press towards the triangle, but do what works best for your project. 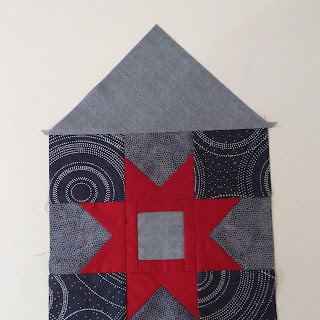 You can trim away the dog ears sticking out the sides. 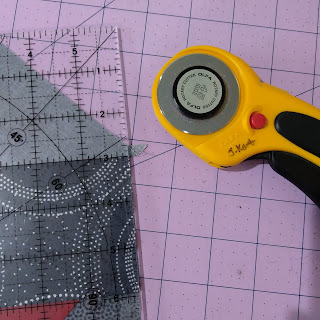 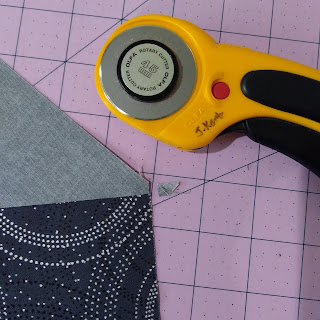 Don't worry about the triangle having a blunt point where you trimmed.  That blunt point will be inside the seam allowance when you sew the rows together and add borders or binding, and your triangles will have nice pointy points. 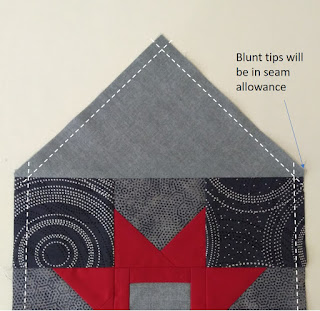 Side triangles are even easier to match up.  Here you will be sewing a block/row to the short side of half-square triangle. The side of the triangle will be longer than the side of the block. 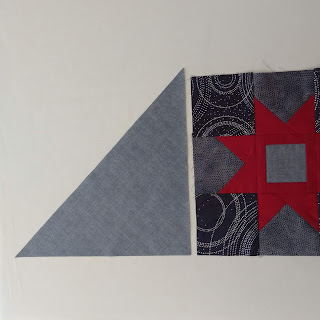 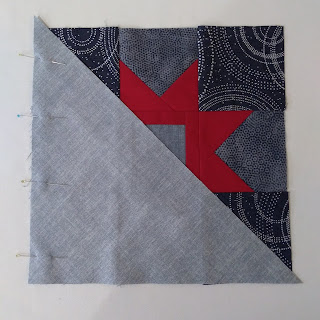 Again, sew with the triangle on top so the feed dogs can't pull on the bias edge.  After sewing the seam, fold the triangle back and press the seam in a direction that works for your project. 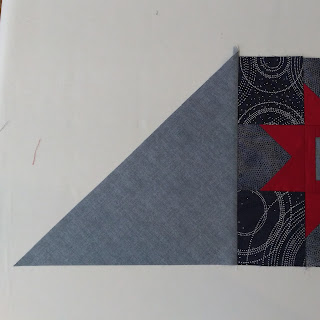 Again, the messy dog ear tip sticking out can be trimmed off.  The tip, messy or trimmed to a blunt tip, will be in the seam allowance and your finished triangle, after all additional seams are sewn, will be nice and pointy. 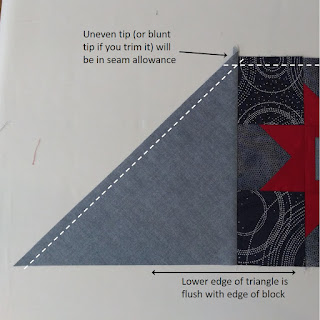 That's it!  I hope you find this information useful.  Now you're all set to tackle these on-point Canuck Quilter designs: 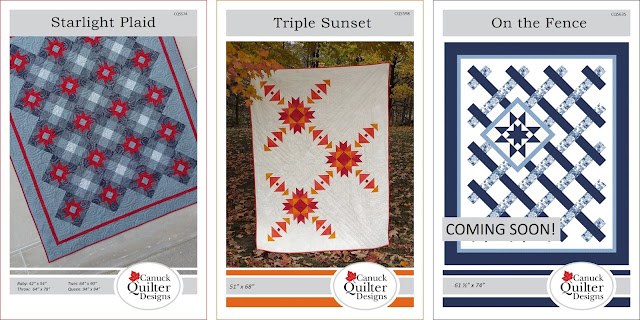 Email ThisBlogThis!Share to TwitterShare to FacebookShare to Pinterest
Labels: on point setting, tutorial