Quilting plans not set in stone

My fall Island Batik version of Glacial is finally quilted, bound and gorgeous! 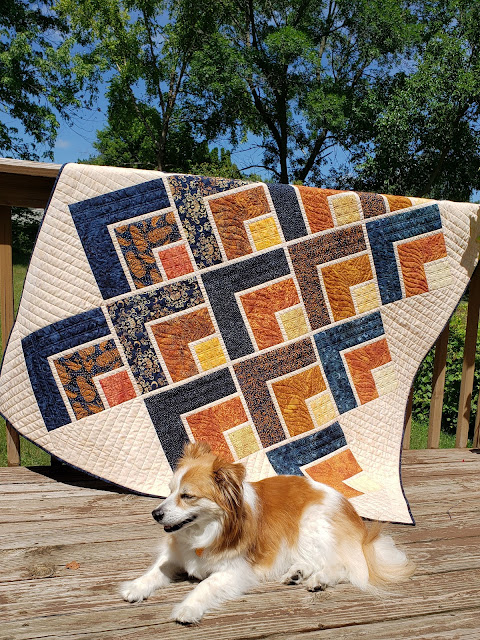 I dragged my feet with this one, unsure of how to quilt it.

I strongly considered a Baptist fan all-over design using quilting rulers, but I've been having trouble with ruler quilting.  My machine just insists on skipping stitches and it's driving me batty.  My machine uses the same settings for ruler quilting as for FMQ, and I can FMQ just fine, and ruler quilting used to be fine too, so I don't know what's going on.  I just don't have time or inclination to figure it out right now so I ditched the ruler quilting plan.

Plan B was to do a lot of walking foot quilting.  I was foggy on the details, so I started by stitching in the ditch.  I find stitching in the ditch to be a little bit like outlining when I'm colouring.  It adds a little bit of definition and polish.  In quilting there's the added bonus that as I stitch in the ditch, other ideas often start flowing.  By the time I was done with that I was still foggy about how to quilt the blocks but I had a firm plan for the background, so I worked on that next.  Generally, I prefer to quilt from the center out, but I figured with all the stitching in the ditch, things were pretty stable already so I went ahead and quilted the borders before the blocks. 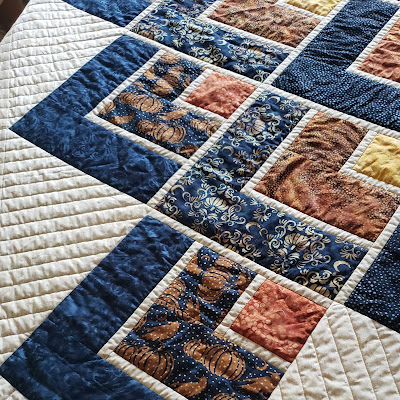 I had planned to keep the quilting simple, quilting two lines echoing the right angles of all the shapes, to mimic the quilting density in the border.  At the last minute I decided to run the lines from edge to edge so they would cross in the corners to add a  little interest.  Quilting a second set of lines 1/4" from the first set added interest and dressed things up a little.  It's still simple, just a tiny bit more fancy.  I did the same in the corner square. 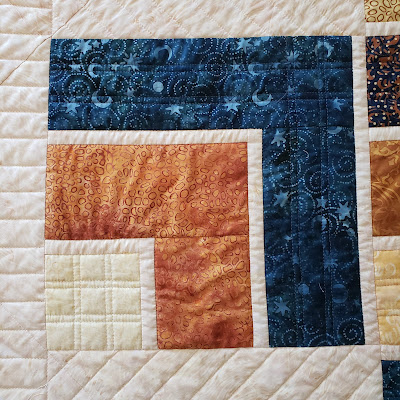 Quilting came to a standstill while I pondered what to do in the middle section of the block.  Straight lines had been the plan, but at this point I wondered if more straight lines would be too monotonous.  In a facebook post, many people suggested curves.  I was conflicted.  I have trouble being consistent with my FMQ curves, and as I explained early, my rulers were not an option.  Considering the fall colors, I considered quilting a leaf and swirls, sewing through a paper template to help me stay consistent. 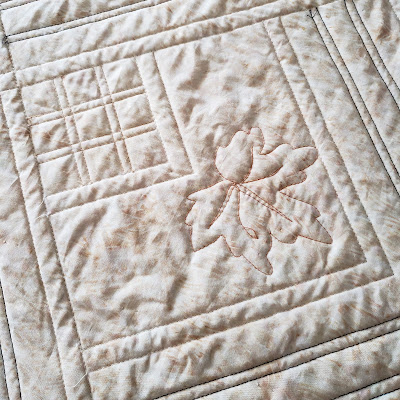 Not bad on the back. 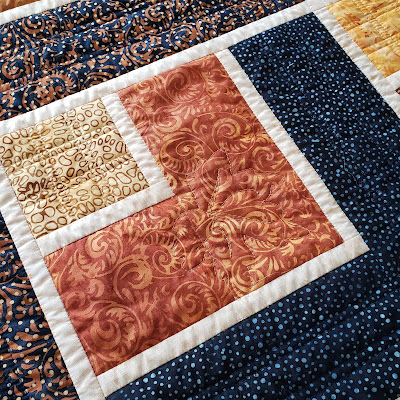 Looks like a scribble on the front.  It just disappeared into the print.  The result just didn't justify the effort involved.

How about wavy lines instead? 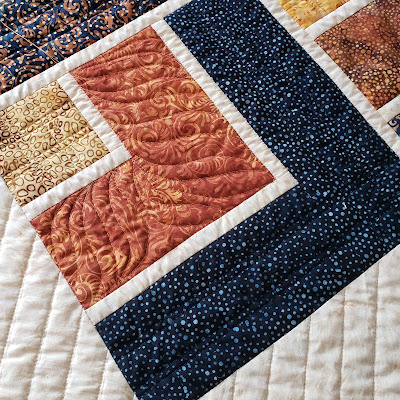 Much better!  I worried about being consistent across all 18 blocks, but using matching thread in the prints helped hide imperfections.  Also, I kept telling myself, over, and over and over, it's all about the texture, not the detail. 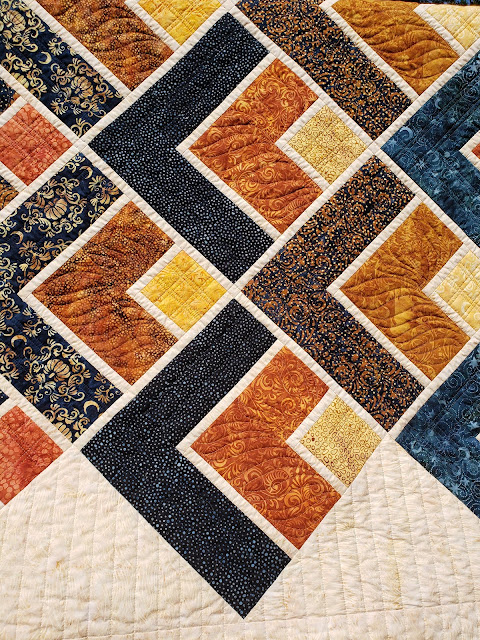 The texture on the back is rich.  Though it doesn't show up well in the picture, there is a little bit of colour as well on the back, as I matched the bobbin thread to the top thread. 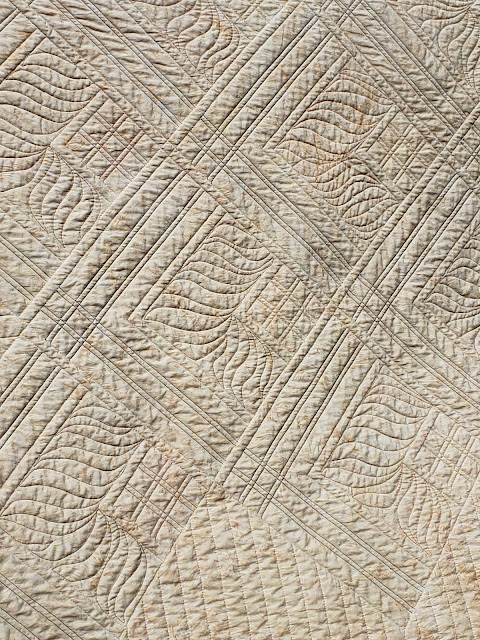 I'm so glad I didn't rush the quilting and took the time to make changes to the plan.  I wasn't in love with this quilt top, but I'm absolutely thrilled with the finished quilt.  The quilting really made all the difference to this one!

What's your approach to quilting?  Just get it done and move on, or let it sit until you're satisfied with the plan, or like me, get started and be flexible as you go? 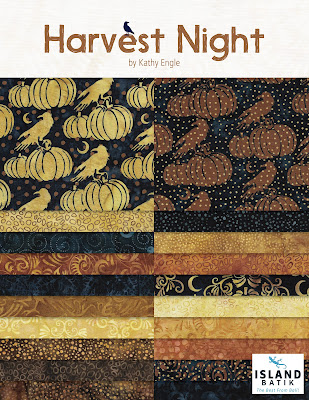